The two key players in Sonoma County’s electrical grid agree that small banks of solar panels are often safer than electric power lines in areas of dense foliage. But they’re at odds over who should decide how and when specific customers go solar.

In July, Sonoma Clean Power — the public electricity supplier formed to deliver a greater share of power from renewable sources to Pacific Gas and Electric Co.’s customers in Sonoma and Mendocino counties — contested a bid by the utility giant to determine when it can move customers to remote grid systems.

Remote grids replace a utility line’s final distribution segments with a small array of solar panels, a battery for storage and a propane generator in case the first two fail. “Up to now, it has always been an option,” said Neal Reardon, Sonoma Clean Power’s director of regulatory affairs. “PG&E would go to a customer and say, ‘Bill, we want to take you off the grid. It won’t change your monthly cost.’ Now they want to notify you they’re taking you off the grid. What that does for property value, who knows? You’re basically losing 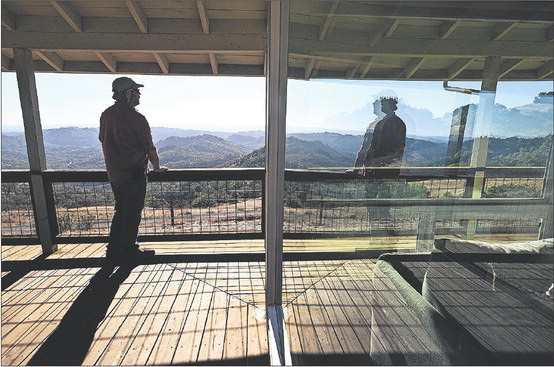 the right to service on your property.”

PG&E told The Press Democrat in a prepared statement that moving customers to stand-alone grids is a collaborative process that involves customer outreach and consultations with “community choice” groups like Sonoma Clean Power.

“We are reaching out to specific customers in high fire-threat areas to identify customers who may be interested in participating in the program,” the utility said. “During the process, PG&E has a team of experts who work closely with property owners and customers every step of the way. Customers on a remote grid retain their service from PG&E for the long term.”

A Public Utilities Commission spokesperson agreed, saying it’s inaccurate to characterize PG&E as requesting unilateral powers over remote grids, and that community choice programs would have to be consulted. But that would place the local provider in the position of making critical decisions based on incomplete information, Reardon argued.

“Without precise maps detailing the condition of PG&E’s lines and their timeline to harden and repair dangerous portions, we are not best equipped to advocate for customer’s interests,” he said. “Instead, we’re being asked to believe that PG&E is acting in the customer’s interest without the ability to trust-but-verify.”

Reardon admitted the odds might be stacked against Sonoma Clean Power because there is precedent for PG&E’s request. Last February, the California Public Utilities Commission approved a similar bid by the state’s other huge electricity provider, Southern California Edison. Edison’s “advice letter” to the utilities commission clearly stated that if customers refuse the switch to remote grid, they would be electing to remove themselves from the network altogether.

“In that instance,” Southern California Edison wrote in its letter, “if the customer is not served by added facilities, the customer would be responsible for finding alternate power resources.”

PG&E had previously gained an inroad to remote grids (the utilities commission approved their request in March 2021), but had asked only for the right to negotiate such transitions with customers. When Edison received permission to make those evaluations on its own, PG&E attempted to follow suit.

The Public Utilities Commission expects to resolve the matter later this year or in early 2023, the representative said.

It’s an issue that has little immediate application, but promises to be of increasing importance in the months and years to come.

Remote grid sites are a response to wildfire risk. All of the major North Bay fires of October 2017 are believed to have been sparked by power equipment failures or trees falling onto overhead power lines, most of them maintained by PG&E.

Keeping vegetation away from electrical lines in isolated areas can be expensive. So while stand-alone grids don’t make sense for large developments — the total capacity of PG&E’s remote grid plan is no more than 2 megawatts of historical measured peak customer load — the utility companies argue they are safer and more cost effective for some properties.

Reardon, the Sonoma Clean Power executive, agrees. But he doesn’t believe PG&E should be making that decision for customers.

“They say it’s a good thing for society. And if it all works, it is,” Reardon said. “What we don’t know is, will that system operate as efficiently as the grid? And will it be solar storage or generator? Will they be creating even more danger for themselves and neighbors if they’re running a propane generator.”

Sonoma Clean Power, launched in 2014, buys electricity to serve most of the power customers in Sonoma and Mendocino counties through PG&E’s lines. The utility giant remains responsible for billing.

Because remote grids are a recent utility strategy, there isn’t a lot of data to support either side of the brewing argument.

PG&E’s first remote system was up and running in June 2021 in Briceburg, a rugged area on the road from Mariposa to Yosemite Valley.

About 1.4 miles of distribution line had been destroyed there in the 2019 Briceburg Fire. Rather than rebuilding, PG&E designed a stand-alone grid, incorporating safety features like regularly maintained defensible space, fire detection and suppression, 24/7 remote monitoring and a security fence.

The results have been promising, according to someone who works for the company that built, installed and maintains the system.

Jenna Herzog, director of sales and marketing for BoxPower, said the Briceburg remote grid, which serves five customers (including a Bureau of Land Management visitor center), has hit 99.9% power reliability since it went live. And 99% of the power has come from renewable energy, with only 1% driven by propane.

Over the lifetime of the system so far, the generators have run for just 39½ hours, mostly in the winter months, when fire risk is low.

And this reliability endured, Herzog emphasized, even as Mariposa County was hit with a historic winter storm in December 2021, an equally historic heat wave in August 2021 and the Oak Fire, which burned only a few miles from Briceburg in August.

“PG&E preemptively shut down grid power to the entire area,” Herzog said. “The Briceburg stand-alone power system was the exception, keeping the community energized with a wildfire at its doorstep.”

PG&E and Southern California Edison both have signaled a desire to ramp up remote grids in the near future. In fact, PG&E announced four new proposed sites in August, two in Tehama County and two more in Mariposa County, and said it is considering at least one site in Lake County. PG&E has said it wants 30 remote grid locations by 2026.

That could be a drop in the bucket. Though it has yet to sort out the details, the public utilities commission has approved $200 million for a microgrid incentive program. In a December 2020 filing, PG&E told the commission that its service territory “may yield an eventual portfolio of several hundred Remote Grid line segment opportunities in total.” It’s reasonable to assume a disproportionate number of those sites will be in the North Bay.

In 2018, the commission adopted a Fire-Threat Map showing areas of extreme or elevated wildfire danger to utility lines. The vast majority of the North Bay was represented as having some degree of risk. And few Northern California counties had more territory shaded red for “Extreme” than Sonoma County, where the Mayacamas range in the east and much of the hilly terrain north and south of the Russian River recreational area were highlighted.

“If you look at maps of fire threat, Sonoma and Mendocino counties are really in the midst of it,” Reardon said. “We’ve all experienced these PSPS (planned blackouts). Those are exactly the areas they’ll be targeting.”

The likely first local adopter has been identified. Pepperwood Preserve, a 3,200-acre ecological study area between Santa Rosa and Calistoga, has agreed to install a standalone grid for one of its buildings, Bechtel House.

PG&E will pay for a solar- topped carport, a shipping container for equipment and all installation. The plan is to install panels and batteries in the second quarter of 2023. The utility has been “great to work with on this project,” said Michael Gillogly, the preserve manager. But it took some negotiation.

“Originally, they wanted to install a generator as backup,” Gillogly noted. “We said we don’t really want that. Bechtel House is available for, like, visiting scholars. If it ran out of power, it’s not the end of world. We didn’t want fossil fuel backup.”

He has no idea whether the process would have gone as smoothly if PG&E had the right to unilaterally implement a remote grid.

“I guess a lot of it would be how they approach it with people,” Gillogly said. You can reach Phil Barber at 707-521-5263 or phil.barber@ pressdemocrat.com. 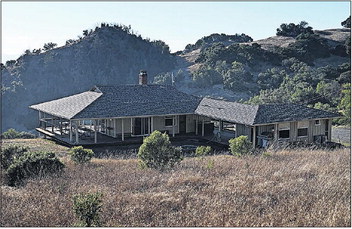